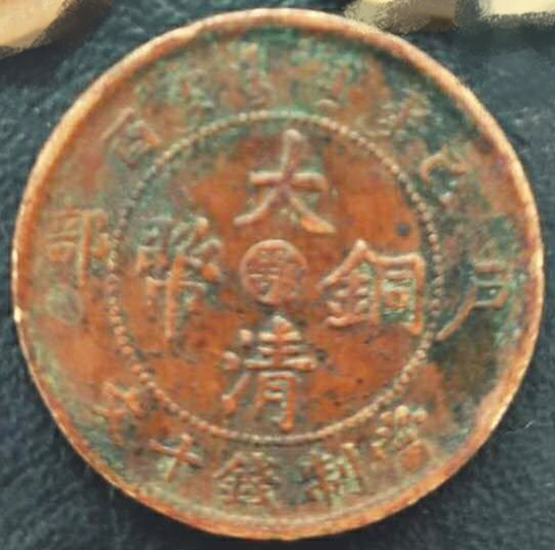 The copper coin of Qing Dynasty, whose scientific name is the mechanism copper circle of Qing Dynasty, was made in the 26th year of Guangxu period of Qing Dynasty and ended in the third year of Xuantong. In the 26th year of the reign of Guangxu, the governor of Guangdong and Guangdong, Deshou and Li Hongzhang, the former governor of Guangdong and Guangdong, approved the casting of machine-made copper balls in imitation of Hong Kong copper immortals. Compared with the square hole copper coin, the machine-made copper coin is better in casting, and the market is happy to use, and the circulation is smooth. In the following year, the Qing government ordered the provinces along the Yangtze River and coastal areas to permit imitation casting. After that, all over the country started casting copper round one after another. Therefore, the casting places of the ten copper coins are different, which is the most obvious feature to distinguish different Dang ten copper circles. The circulation time of copper coins in Qing Dynasty was short. Because of its elegant layout design, exquisite carving, and extremely rare quantity, the "Hubu Dangdang" of the Qing Dynasty copper coins is known as one of the top ten honorary products in modern China. 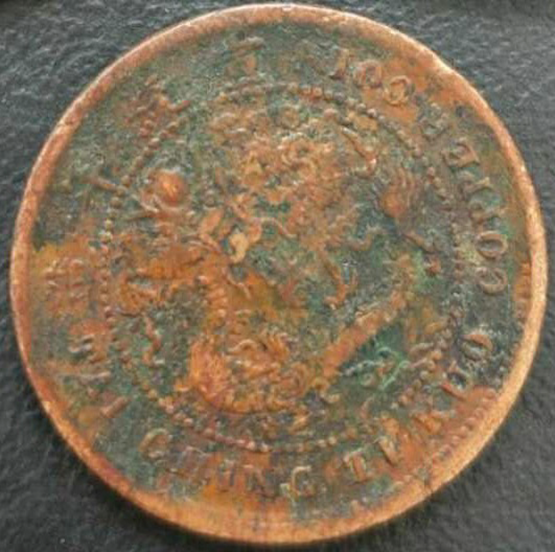 This Hubu copper coin should be made of ten characters (e character). The four characters of "Da Qing copper coin" are read directly in the front center of the coin, and the character "e" is engraved in the middle circle. The upper margin is Manchu copper coin of Qing Dynasty and the word "Youji" in Ganzhi chronology, with "Hubu" on the left and right, and "dangzhi Shiwen" at the bottom. The middle of the back is a dragon pattern, the top is "made in Guangxu year", and the bottom is English. After years of baptism, the lines on both sides of the coin are still visible. If you touch with your hands, you can feel the cool surface, concave and convex dragon patterns and cast characters, with a good texture. This copper coin of Qing Dynasty is a rare copper coin.

In the collection market, because of its unique characteristics of the times and historical significance, there are more and more collectors of copper coins in the Qing Dynasty, and the prices are also rising. I believe that with the passage of time, its collection value will gradually appear. The E-shaped coin of Hubu Da Qing Dynasty is a ten character coin with elegant layout, exquisite carving, and extremely rare quantity. It is a well-known coin in the field of coin collection. It is praised as a high-quality coin and has immeasurable academic and historical value. In recent years, the "Qing Dynasty copper coin" once became the favorite of the collection industry, and it was widely hyped in the media, with a high price of millions. It is understood that the collection value of "Daqing copper coins" in Xiangbo is extremely high, but the number of "Daqing copper coins" in the world is extremely rare, and most of the antiques on the market are forgeries. Nowadays, the price of "Qing Dynasty copper coins" has been soaring all the way, leading to the increasingly fierce forgery.