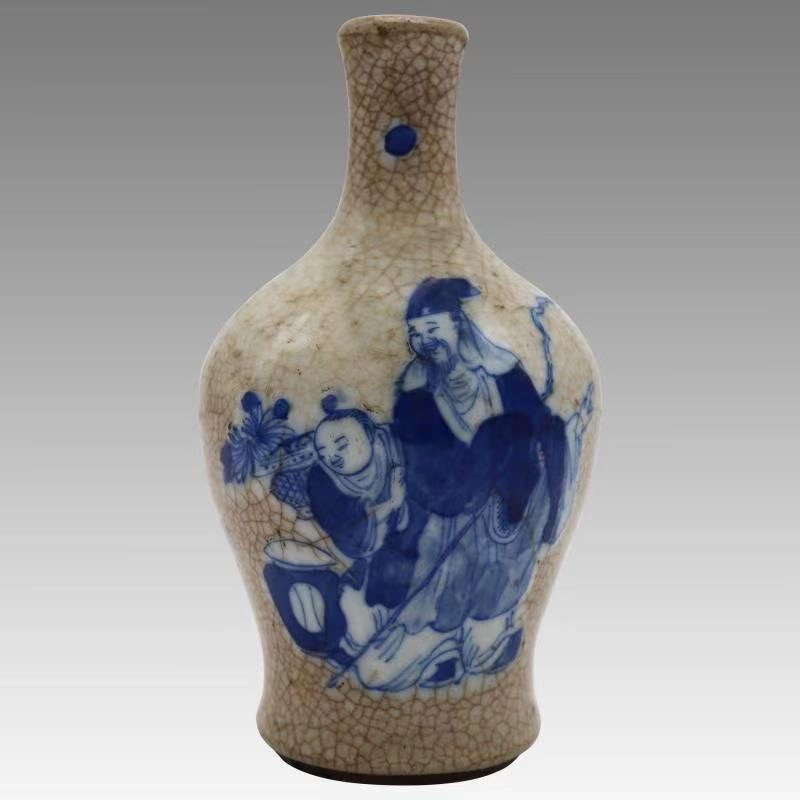 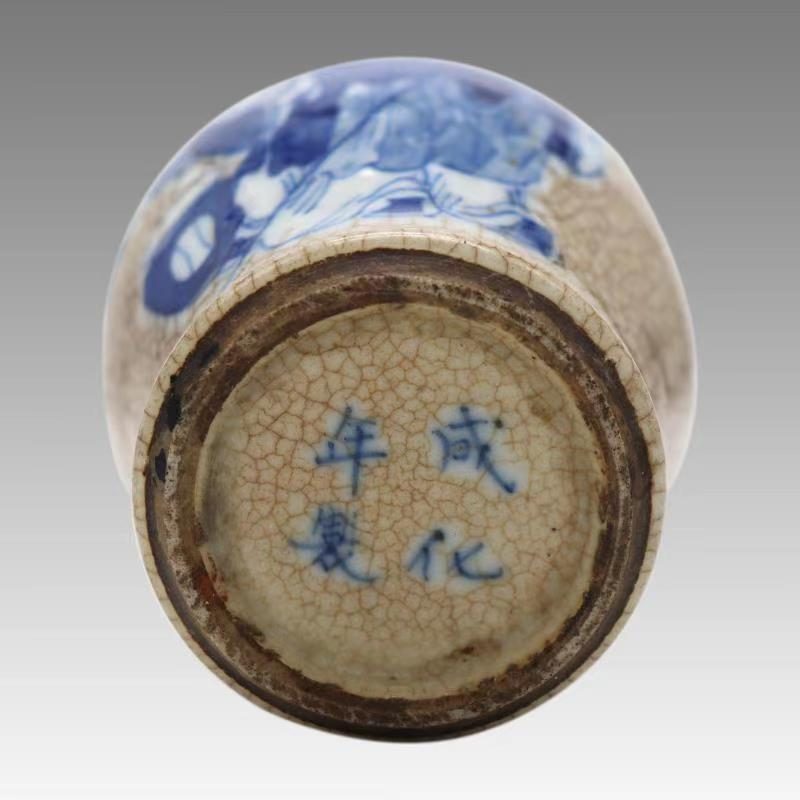 There is a saying in the collection circle of "Ming is regarded as a kind of culture, and Yongzheng is seen in Qing Dynasty". In fact, it has been spread among ancient porcelain collectors: "it is better to survive into a kiln, and be meticulous and rich." In the Ming Dynasty, Shen De Fu "Wanli wild acquisition" includes: "kiln ware was initially expensive and then Xuande was declared. Cup calibre belongs to, but a few gold, immediately came to the capital master, into a kiln wine cup, each pair to Bo Yin 100 gold, for the tongue can not be down. " Cheng Zhe, a Ming Dynasty man, praised Ming porcelain as the crown of Ming Dynasty when he was praised in the book "the theory of Rong Cha Li". In addition, in the collection of exposed Book Pavilion by Zhu Yi Zun in the early Qing Dynasty, it also recorded: "the number of gold for Wanli instruments is two, and the number of Xuande and Chenghua is double..." The degree of the popularity of Chenghua Guanyao porcelain can be seen. 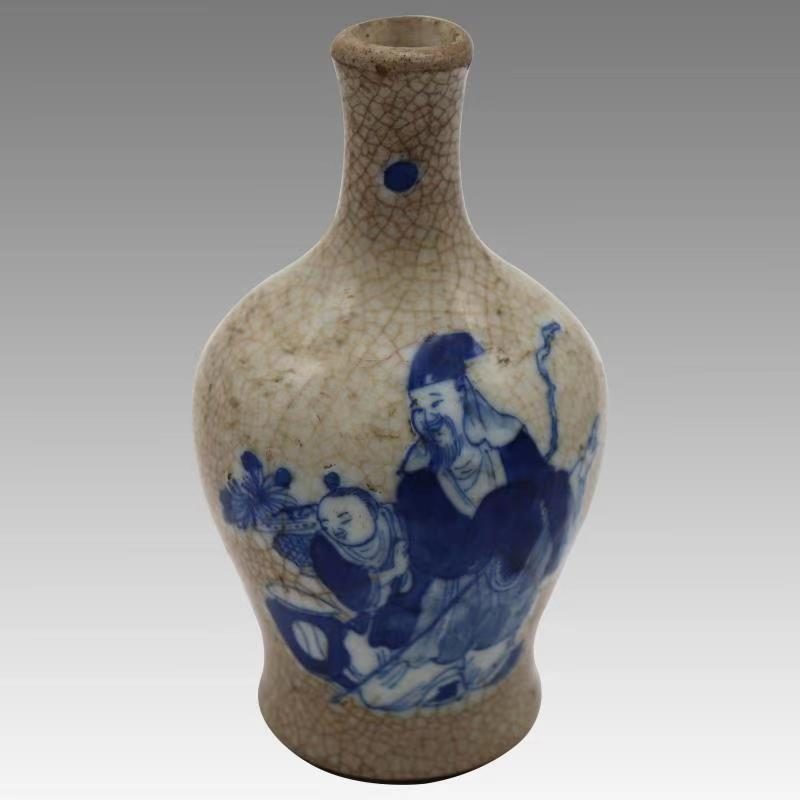 With the stability of political situation and the continuous development of social economy in the early Ming Dynasty, the progress of porcelain making technology was greatly promoted. The firing of blue and white porcelain was more perfect on the basis of Yuan Dynasty, and the production technology was more mature and constantly innovative. In terms of quantity or quality, it has greatly improved, and became the mainstream of porcelain production at that time. Chenghua Guanyao porcelain is a porcelain produced by Jingdezhen for Royal use in Ming Dynasty (1465-1487 A.D.). It is most famous for its blue and white flowers and fighting colors. In the period of Chenghua, the objects were mostly small and their shapes were well-known for their regular, delicate and round shapes. Therefore, there is a saying that "there is no big weapon for the transformation". The most of the heritages can be seen now are within 27 cm, and the types of such as Yongle and Xuande are rare. The main types of utensils are bottles, cans, cups, furnaces, dishes, plates, pots and some stationery. 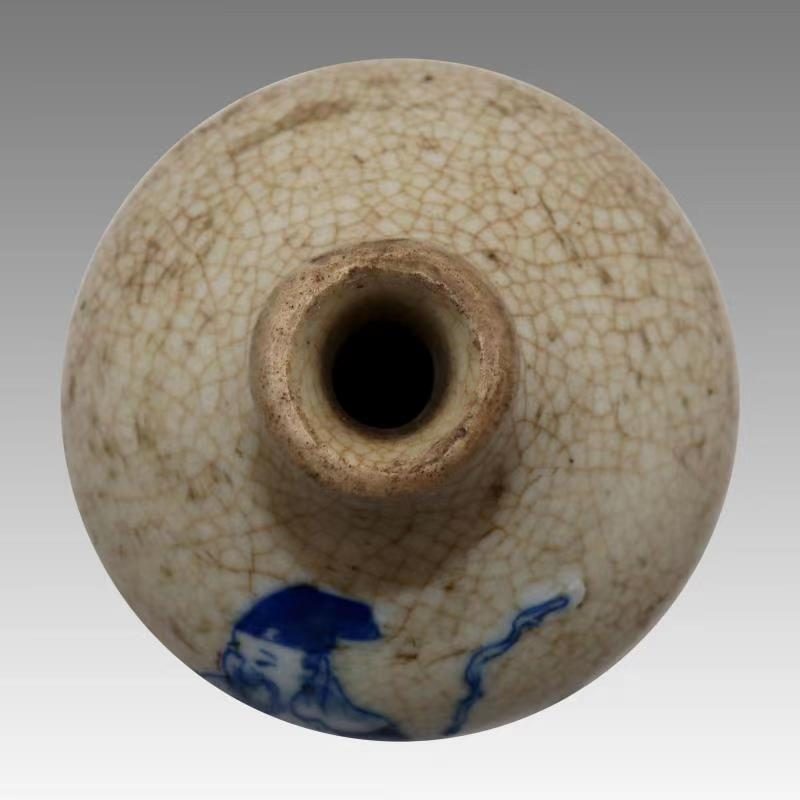 This Chinese blue and white character story bottle, height: 15cm, caliber: 2.5cm, bottom diameter: 5cm, straight neck, shoulder skating, belly drum, circle foot. The book of the center at the bottom of the outside is a year system. The shape is elegant and beautiful, the thin body is light, the glaze is smooth and delicate, and the glaze juice with a little gray is like condensed fat, elegant and implicit. The blue and white decoration, the composition is compact and rich in levels. The theme of the abdomen is painted with the story patterns of the characters. The characters are different in appearance and vivid. The composition of blue and white is beautiful, the decoration is exquisite, the drawing is delicate, the lines are elegant, and the blue and white porcelain are fresh and pleasant, and the artistic charm is well preserved and precious.